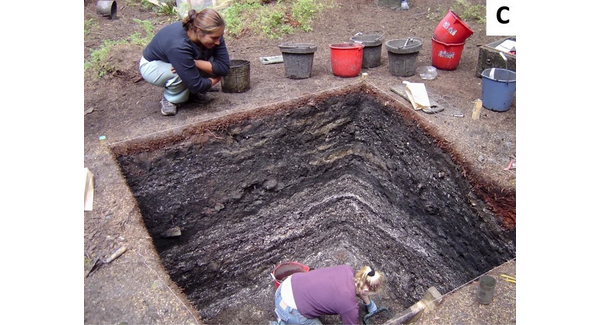 Humans Managed Shellfish and their Predators for Millennia, Study Finds

Due to their protected status, sea otter populations have rebounded across the Pacific Northwest Coast following their near elimination during the historic maritime fur trade. But the recovery of these shellfish predators and the federal laws now protecting them challenge local Indigenous communities who hold constitutionally protected rights to harvest those same shellfish but who are legally unable to hunt sea otters to protect these traditional foods. Now a new study confirms that for millennia, Indigenous people managed their relationship with shellfish and sea otters to safeguard their access to shellfish which remain important for food, social, and ceremonial uses today.

“What our research found was that people actually kept sea otters out of particular areas which gave them access to large shellfish,” said first author Erin Slade, a recent graduate from Simon Fraser University’s School of Resource and Environmental Management. The result was likely a patchwork quilt of sea otters along the coast, with these keystone predators present in some areas and rare to absent in others.

“Our results challenge the widely held assumption that sea otter populations once existed at high numbers at or near carrying capacity in every suitable habitat across the extent of their range,” said senior author and professor Anne Salomon, marine ecologist and Royal Society of Canada College member at Simon Fraser University. “The implications directly challenge our perceptions of what constitutes a ‘recovered’ sea otter population.”

The findings call into question Canada’s Species at Risk Act, as well as endangered species policies in the US which assess conservation status based on regionwide population estimates and trends. Federal agencies assume management authority over sea otters and shellfish despite long-established Indigenous governance and management practices, including marine tenure systems, strict hunting protocols, and sophisticated mariculture technologies.

The research, published August 18th in the journal Ecosystems, supports longstanding claims by coastal Indigenous communities that unilateral protection for sea otters not only interferes with traditional foodways, but also creates an imbalance in coastal ecosystems that had been in place for thousands of years, said Hup-in-Yook, also known as Tom Mexis Happynook, a Hereditary Chief of the Huu-ay-aht First Nations who advised on the research. “These policies removed us from our responsibility within our territories as caretakers of our food sources,” he said. “And by removing humans from the ecosystem where they’ve been living for thousands of years, that made everything go out of balance.” Figure 2: a Modern California mussel (Mytilus californianus) umbo thickness and total shell length were measured to establish b a saturating relationship between these two morphometrics (n = 313 mussels, filled orange squares from this study, all other symbols from McKechnie and others 2015). 95% confidence interval of the mean is represented by the grey band around the curve. c Archaeological umbos were recovered from excavation in shell midden deposits, where fragmentary umbos were measured (Photo: McKechnie), and their total shell length estimated from the relationship established in b.